I managed to finished up the blocks for the top border row for Storm at Sea last night.  I have to join them together but it still makes me feel like I have been making progress.

It measures somewhere around 39".  I have to admit that I'm kind of proud of it.  They aren't sewn together but still it keeps me going on it.  I have gaming this weekend and need to work on the test pattern so I'm afraid that this will be the last picture you'll see of crafting until Sunday or Monday.

Work is starting in about 5 minutes so I have to get to that.  Everybody have a great day and Hugs. 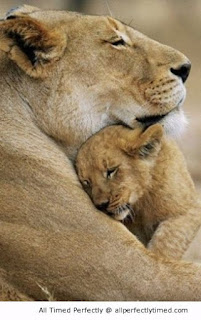 
FINALLY!  I finally started my Storm at Sea pattern.  Of course I had it figured out what I was going to do but you know me...all that changed.

I am still doing the blues with a splash of yellow.  I had ordered the templates and books but it just isn't sitting right with my brain.  So I changed HOW I was going to do it.  Today I decided why not try two things at once.  I haven't done this pattern before so why not do a method I've SELDOM done before?  Seldom = once and I never finished it.  With all that being said, I gathered up my courage and headed to my video specialist -- YouTube.

There I found a video by Teresa DownUnder and a link to the paper templates.  Since I had recently bought another printer, I was all set to get started.   It only took me 10 minutes before I remembered why I didn't stick to paper piecing.  My mind was made up though and I would make it through part of what I needed.  I looked at my pattern to see what I wanted to start on.  I chose the border because I needed 16  of those blocks and they were all the same using only two blocks.  I did three blocks and will call it quits...for today.  It's my day off and I am going out tonight so I need to get ready.

Here are what my three blocks look like.  In between these blocks will be a square block of a yellow center and the cream outside.  I hope I have enough fabric!

On another note, this weekend I tried a cinnamon roll casserole.  I ate it but I doubt that I will make it again.  I like the cinnamon rolls made regularly just as well if not better.  If you like French Toast, you might like it.  I could taste the eggs a bit too much.  So think of making the cinnamon rolls in a pan (cutting up the rolls) and blending eggs, cinnamon, and maple syrup over it and baking it.  When it comes out put the icing on it as normal. 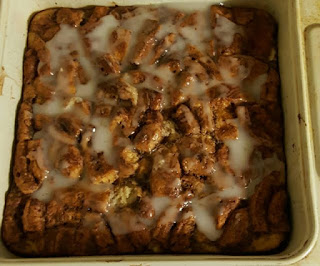 That's it for this report.  I'll let you know as I progress on my SAS (Storm at Sea).

Work has been really busy with all of the Fellowship and tuition waiver deadlines occurring within a week of each other.  I also have a stitching deadline since I am doing a test pattern for The Quilt Pattern Magazine.  Can't show you that until a lot later (after it is published) but I am making progress.

I can show you, however, some of my other projects that I've been working on.  First of all is Pat Sloan's Solstice Challenge.  I am so proud of myself because...hold on to your seats...I'm up to date and all caught up with that.  That mostly is because my friend Connie is doing it to so we are keeping each other on track.  I posted earlier the first of the blocks that I have done.  Here are two more.


That wasn't the only thing that I finished this week.  I also finished a wall hanging for Janine's Niece Cheyenne. 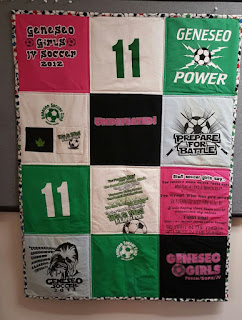 The back and binding is fabric that has soccer balls in different colors all over it.

That's about it this time.  I have to get back to stitching so I'll leave you with these little bits.

I was semi productive today.  I fused on some applique for the Splendid Sampler blocks but didn't take any pictures of that today.  I also started to applique another one of my butterfly blocks. For some reason I only have 10 butterfly blocks so either stop at 9 or do 2 more.  Not sure which I'll do.

Today Pat Sloan put up two alternative layouts for the Splendid Sampler.  I will probably do the 5 x 5 layout.  It appeals to me more. 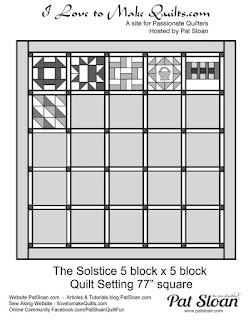 This layout just seems more chaotic to me and bugs me for some reason.  I will enjoy seeing others do this layout but know it would drive me bonkers to make it. 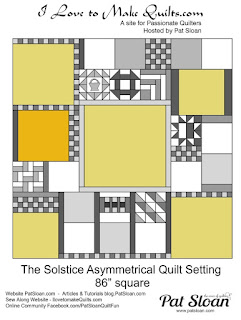 Even though I didn't get a lot of stitching done, I did change up on where I put some of the patterns and such.

Since the blocks for the Splendid Sampler are only 6" finished, they fit into the empty envelope boxed that I can get from work.

I also ended up putting the Adrinka BOM from 2016 in one.  Now they are within reach to work in my rotation. 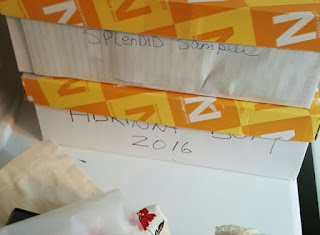 I originally had the Splendid Sampler blocks in this white clear container but I discovered that I needed more room for the Pat Sloan Solstice Challenge.  I like having it large enough to hold some more possible fabrics. 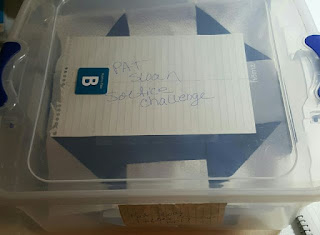 That's all for now.  It's getting late and I have a busy week starting tomorrow.  I'll tell you more about that next week.  In the meantime, I hope you all stay safe and have a great day/night.

One of my projects for 2017 is Pat Sloan's Solstice Challenge.  I am proud, and relieved, to say that today I caught up!  Wow.   I'm caught up!  That's hard to believe. Of course a new one comes out tomorrow or Monday but I still feel like I was productive.

Here is all seven of them.  I'm not sure which order I'll put them in yet and while predominantly done in shades of blue and white, I am starting to introduce red into it.  There will be 25 blocks. 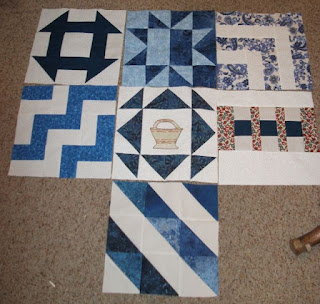 And now the individual blocks.  They have been trimmed to 12 1/2".  For the most part I am happy with them.  I will lose some of the points on the HST on a couple when I join them but that's ok.  It's a journey on learning new things. 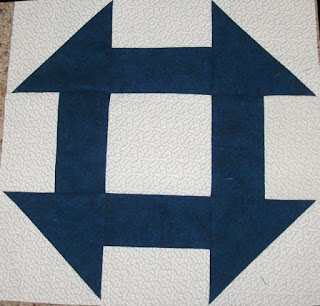 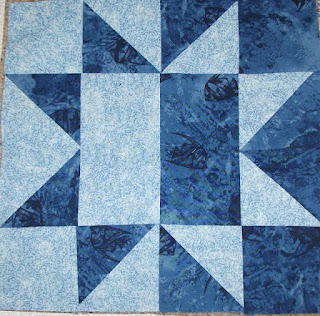 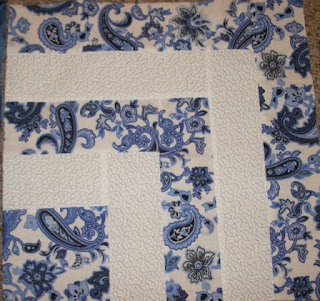 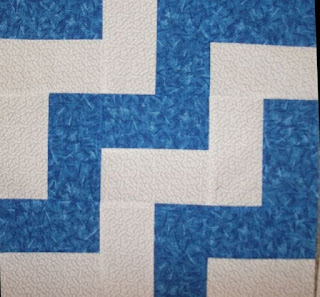 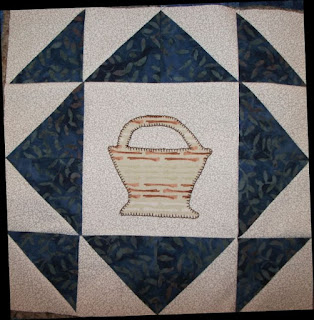 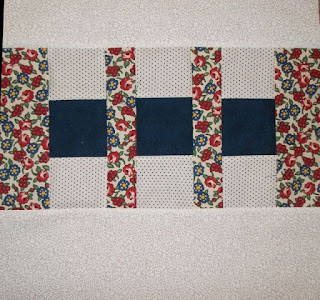 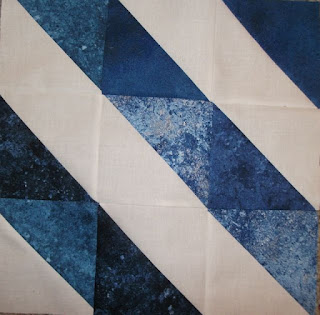 I also managed to finish up a block from the Splendid Sampler.  I'm so far behind on that but I'm not giving up. 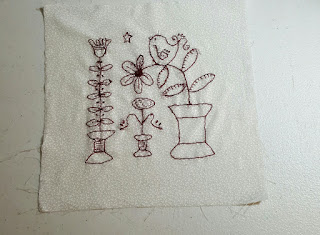 In between working on my Splendid Sampler and the Solstice blocks, I am finally getting to appliqueing down the butterfly blocks.  No pictures yet on those since I might use them for a present.  In the meantime, Have a great evening/day
.