What I am working on next

I saw this cute heart applique pattern from quiltscapesqs.com the other day and thought I might make some heart blocks.  Instead of them all being one color they will be different colors and the inside swirl will alternate between left and right.  I will admit that makes it easier for me in case I am not paying attention when  draw it out on the fusible web.  So far the colors I have chosen are: 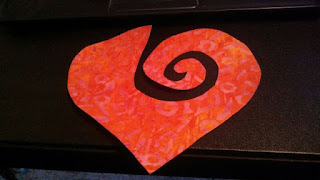 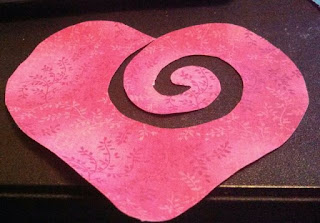 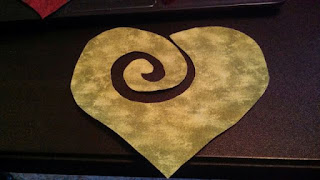 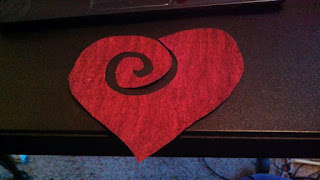 I'm not sure what colors to do next but I will probably be putting them on a white on white background so that will leave me with a lot of choices.  I'm even wondering how it will look if I use a polka dot or something.  Just felt like doing something a little different.  I will trim up the hearts a little bit more.  Make a corner curve a little bit better, etc.

I am also thinking o doing a small mug rug with a leaf for the center pattern.  These are quick and easy to do.  This one will be especially easy since it will take up most of the mug rug. 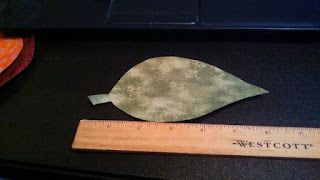 I think that all the quilting it would need to be done in order to keep your sandwich together would be to do the veins in it and just a quick stitch outlining it on the outside.  That leaf is about 6" from stem to leaf tip so it should be about the right size.

This is my gaming weekend so I'm not sure how much I'll get done before the weekend comes up.  Then I can devote more time to it.  After all check out my polar bear count down til Christmas!  The time will go fast.  :)

I hope everybody has a great evening/day and remember what the Bunny says: 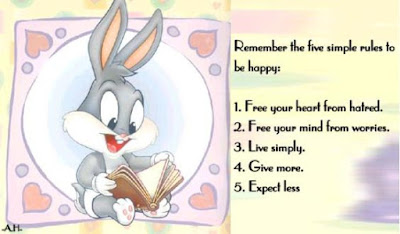 An "O" and the Super Moon

Did everybody get out to see the Supermoon?  Or some call it the Blood Moon?  I went out but it was too foggy on my side of town and couldn't see it.  Luckily my nephew dragged himself out of his sick bed (perhaps not as sick as he let on) and snapped a couple of pictures.  I took the best one and then lightened it up a bit since it was so dark.  What do you think? 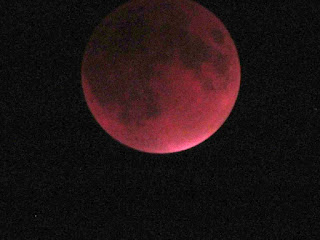 I had today off work so I spent most of it on the phone with a friend who had their car break down  and keeping them company while somebody came out to help them.  What does one do when they are on the phone for the LONGEST time?  I picked up my cross stitch and worked on NOEL.  I managed to get the O all done. 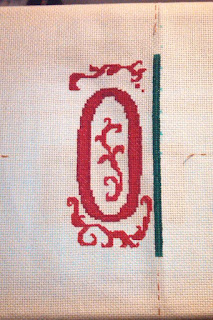 Now I need to get to do the green divider next and then work on the N.  Slowly but surely.  The shadows are from behind it which is my laptop monitor.

Everybody have a great day/night.

It's starting to get to be fall and such a lovely time of the year.  Lovely that is until you remember that it also means it is getting closer to the "gift giving" season.  For me this year I only have to give gifts for some close friends since I lost both Mom and Kerm this year.  That's ok.  We had cut down on our gift giving years before but somehow it just seems different.  Not sad but different.

I have two presents all ready to give out so that is a good start.  I am starting to get back into my creative mode again so will be picking up on some quilting again.  For awhile I just wanted to do my cross stitch.  Still want to do it since once I picked it up I remember how much I liked to do it.  I guess the next couple of months, if not longer, will be spent doing cross stitch AND quilting.

First up on quilting will be to do the Chevron block for the Beginner BOM that I'm doing. 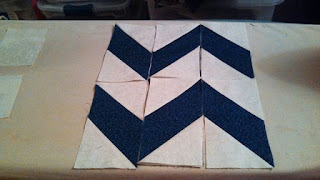 I have to do one more section for that block and then finish sewing it.  I have messed it up twice now due to my own stupidity so now I'm taking it slow and easy.  It's not a hard block but it IS one that I have to pay attention to which direction my white blocks are facing to get it right.  It will be finished this week which is good since the new one for October will be out soon.  That will be Clay's Choice which if you are interested can be seen at Quilter's Cache.

As I was looking through my wall hangings to see what I might want to put up in my office, I ran across one that mom had done in the nursing home and had given me.  I decided it was small enough to just fit between my bulletin board and one of the pictures on the wall. 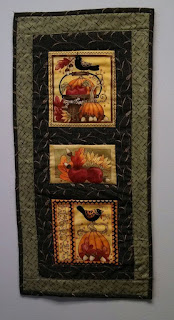 I think it is great that the nursing home encourages the residents to keep active with crafts like this as well as the regular activities (bingo, etc.).  They are always working on something.

Break time is over so I have to get back to work.  I hope everybody has a great day.

It's a Sunday which usually means a non stress day.  It was and it wasn't.  I went over to see my nephew Jason and his family.  That is five children...3 female teenagers and 2 younger males.  It's a "lively" house.  I was there around 4 hours.  I might have thought differently if I had remembered that the Packers and Bears were playing each other.  That too added to the chaos.  It was a typical lively household which is nice to see and be part of at times.  Of course it is also very nice to be back in my quiet apartment later.

Jessica had to work so she left early but Jason was there and we had a good visit complete with him grabbing the youngest (Liam) for a hug. 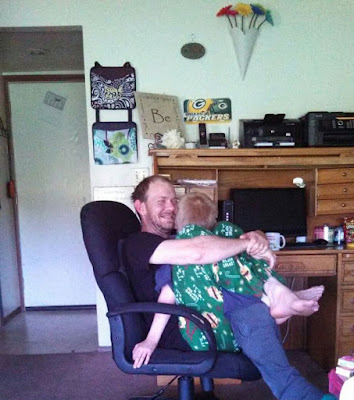 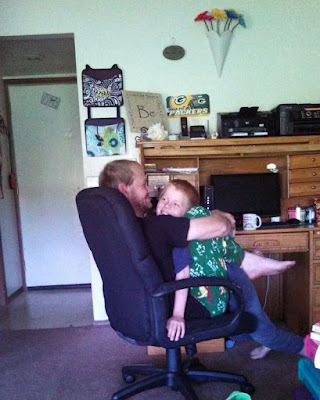 It was also a semi productive weekend on the craft front.  I made two small mug rugs for fall.  Nothing fancy but something to catch all those treats so my desk doesn't get as messy. 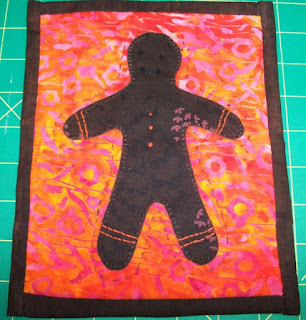 It's a little hard to see but here is more of a close up of the gingerbread man's face.  The Top two French Knots are the eyes and the bottom two are the corners of his mouth with a stitch black line in between them. 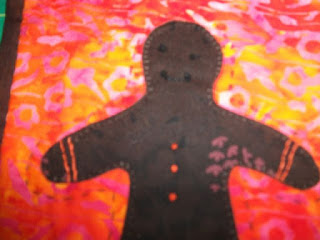 I like this one a little better but perhaps it was because I got to use my favorite black swirl cosmic fabric for the back and binding. I also managed to finish up the star blocks that will go to somebody to put together for the Walter Reed Hospital project.  I have four red stars and four blue stars.  You've seen the plain star on the white background before so I won't post it here.  I think it was a good weekend to get all that stuf done.

Wednesday I will be going out to see my sister in law Bobbie.  I haven't seen her since the Celebration of Life for Kerm.  I might take out my cross stitch when I go out (I have the day off work) and work on it there.  She also cross stitches (and a lot of other crafts).  The current one I am working on is a "Noel" for Christmas.  Notice I did not say "this" Christmas.  I'm so slow on doing projects I'm not sure which Christmas it will be for.  You can work on cross stitch for a long time and it seems like you make little progress.  Here is what I've done so far. 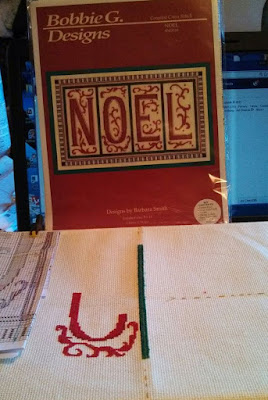 That's about it.  Time to get back to stitching.  I hope everybody else had a good weekend.