Went for my follow up visit with the doctor and was pleased with the results.  My wound in healing nicely but I still have to keep the gauze pads on it which means that my skin is still going to hate the tape.  I don't have to use as much tape nor gauze now so that is good.  He took out the stint, or wick as I called it, but the wound is still about half an inch deep so the gauze has to stay on.  Can't go swimming but can at least take showers again.  I go back on September 18th for him to check again on the progress.

I'm afraid that the only quilting thing that I managed to get done was the mini wall hanging for Janine.  She saw it when she came up for a visit and asked for it so she would have something to hang up on her door for Halloween. 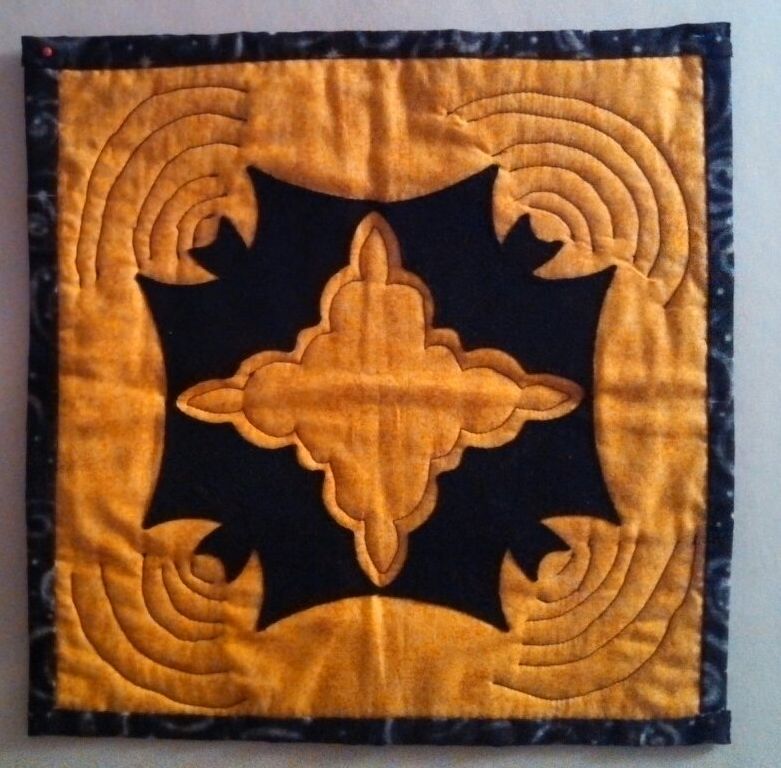 It needs a little ironing but I will let her do that since it will just get wrinkly again in the mail.

Speaking of wrinkles...Dan's quilt gave me a wrinkle.  The basting spray didn't hold as much as it should (perhaps it is time to get more) so the t-shirt squares aren't laying as flat as I want them to.  The lighter colored ones shows it up more but I could live with it.  I can tell him how to adjust it after it is on the wall.

I guess that means I will stop typing and go to bed so I can start to think on what I am going to do.