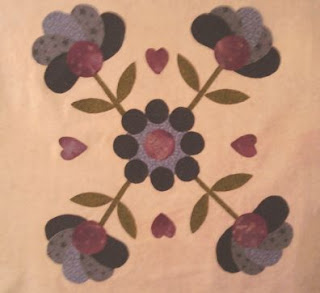 Today has been a good quilting day.  I managed to find links to some more BOMs and also made progress with my newest wall hanging for a swap.

I couldn't figure out what I wanted to do for the border but when I was at the grocery store, I was looking through some quilting magazines and saw some borders that might not be too bad.  I had my cell phone with me at the time so I went and snapped a picture of them.  :)  Hadn't thought about doing that before. 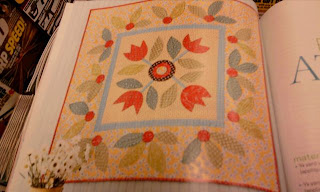 This is one of them.  Actually I took a picture of the whole thing because I've done that center block before or at least close to it.

This one I also like the border.  I hadn't thought about doing something like it before but it has its appeal. 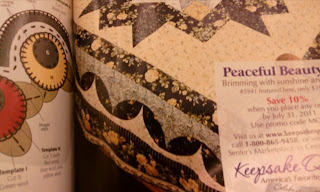 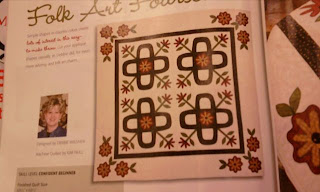 I also found a couple of older blocks that I had done.  This first one was being billed as a 10 minute block from a tutorial on youtube.  It took me considerably longer than 10 minutes and actually didn't totally finish the block (the sewing) until the next day.  I know....I know....if I did it more, I'd probably get better at it. 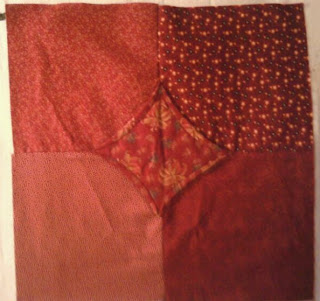 oops.  Didn't iron it before taking a picture.  Oh well.  It's done in rust colors.  The finished size is just short of 20" so I might finish it either as a doll quilt or as a pillow sometime.

This one is made up of scraps from a tube quilting method that I did.  It's around 16" so I might use it sometime for the doll quilt swap.  I think it would qualify. 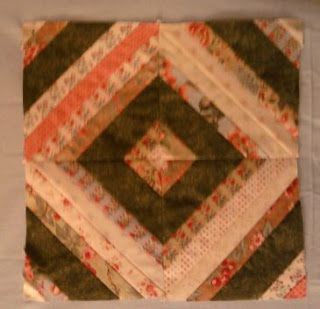 I'm not sure how I'll finish it yet but it will be simple to do and I have to admit that I'm pretty proud that my points pretty much match up.  This might be finished before going back to work on Wednesday.  Not sure yet.  The darker color in it is a green leaf motif.